Welcome to the 2nd tutorial of IceSL. This tutorial is aimed at introducing the basics of modeling shapes in IceSL using Lua. Some familiarity with Lua is recommended before going through this tutorial. Estimated time of completion is 15 minutes. 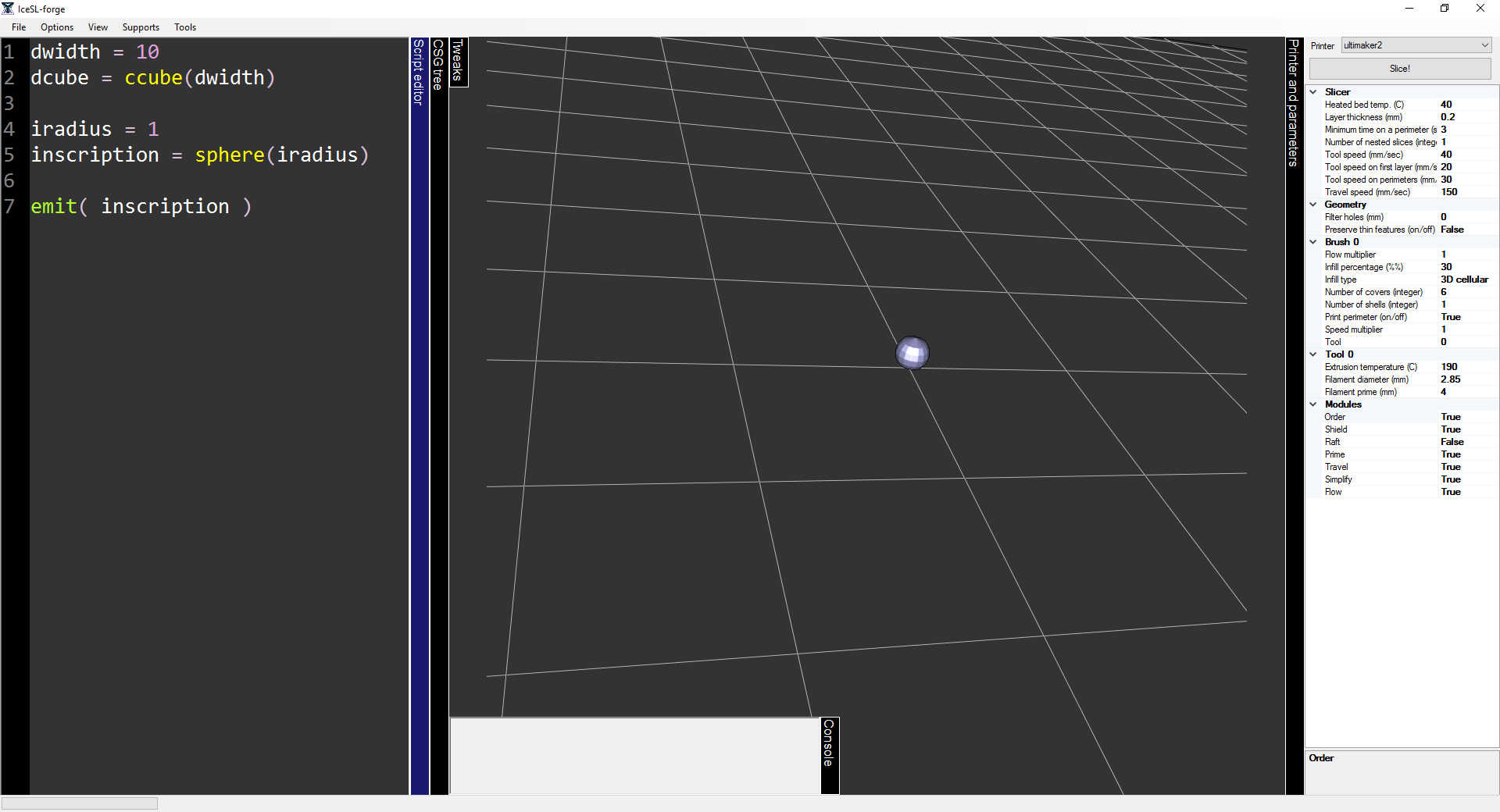 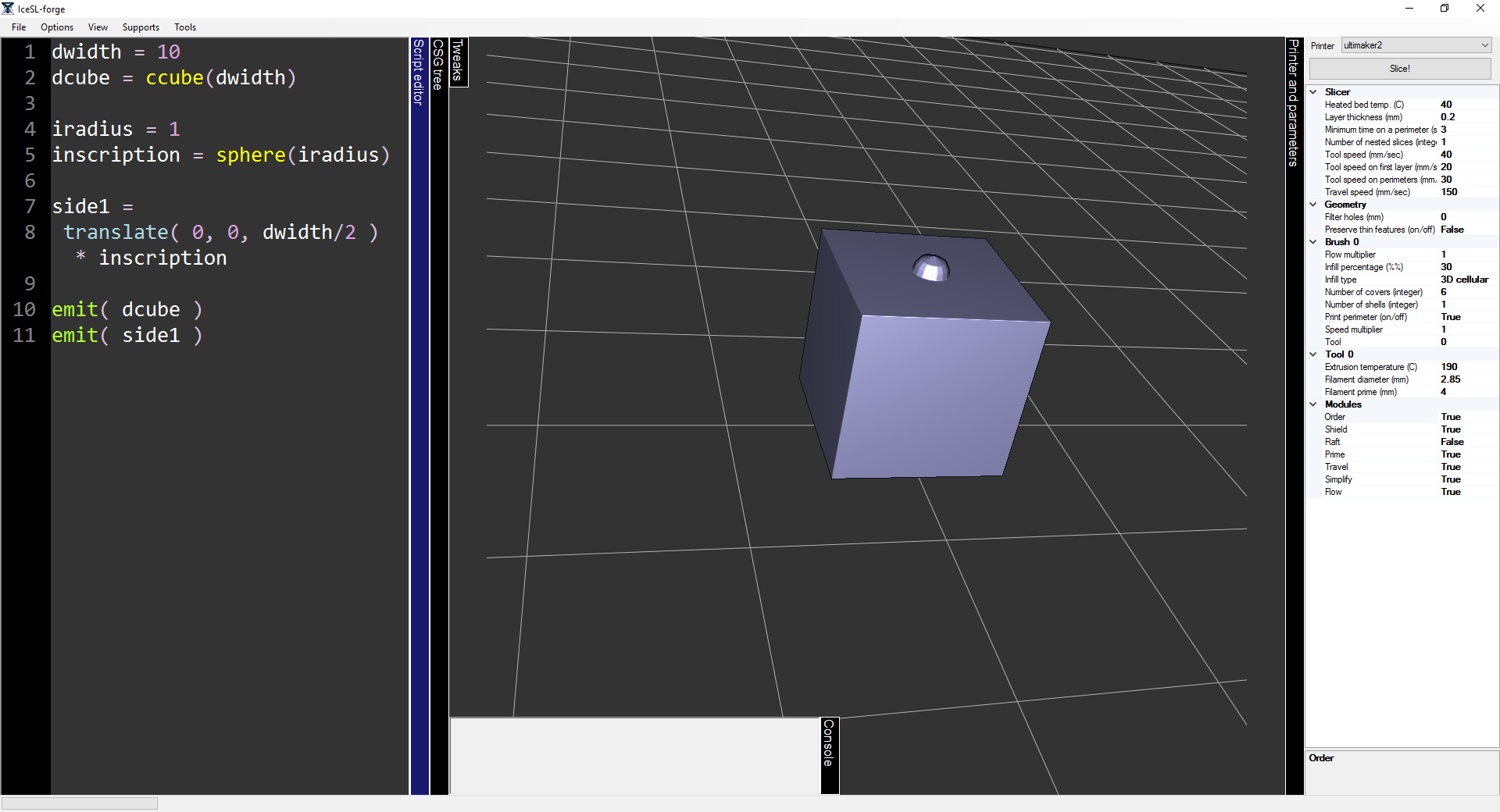 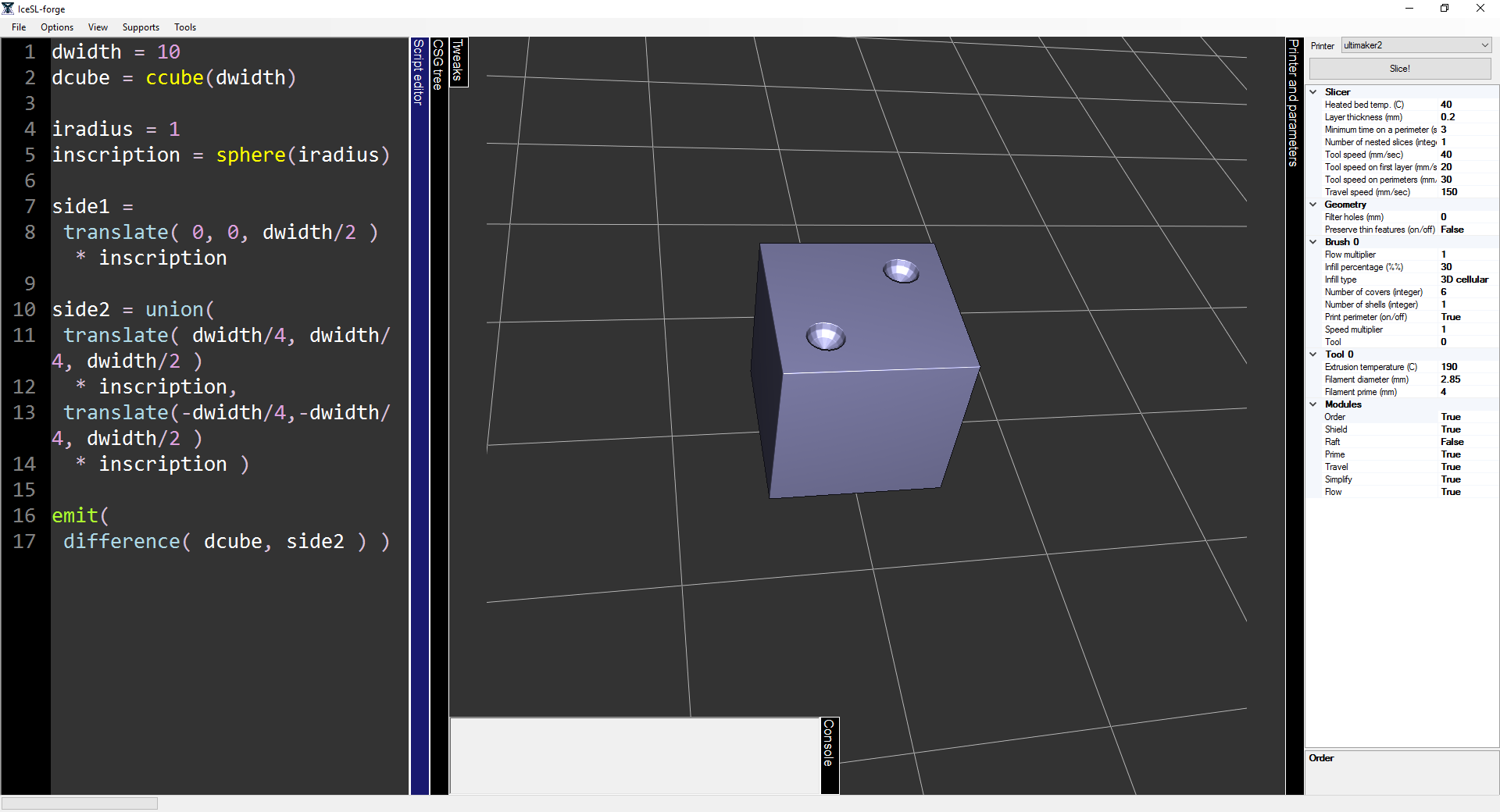 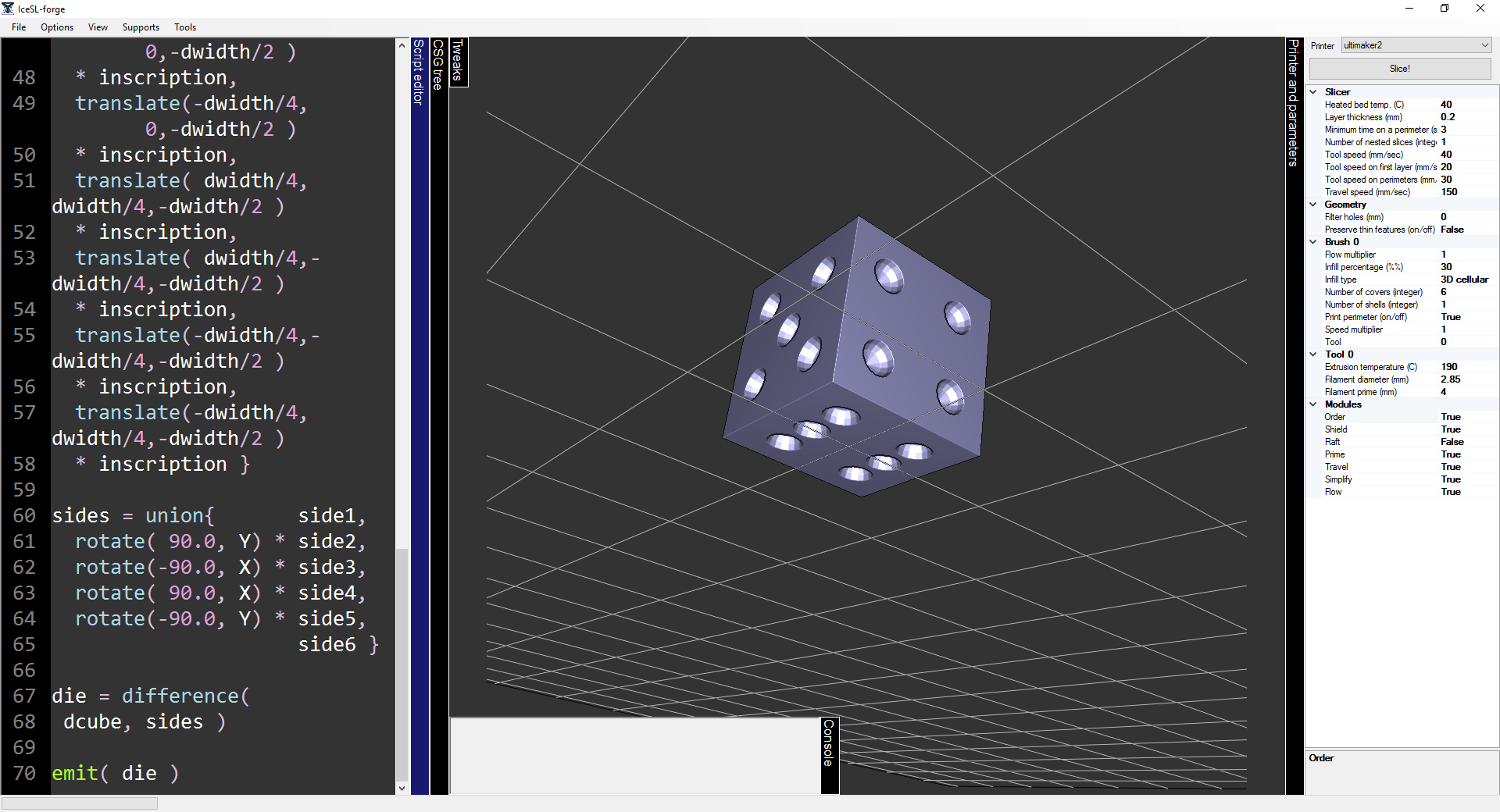 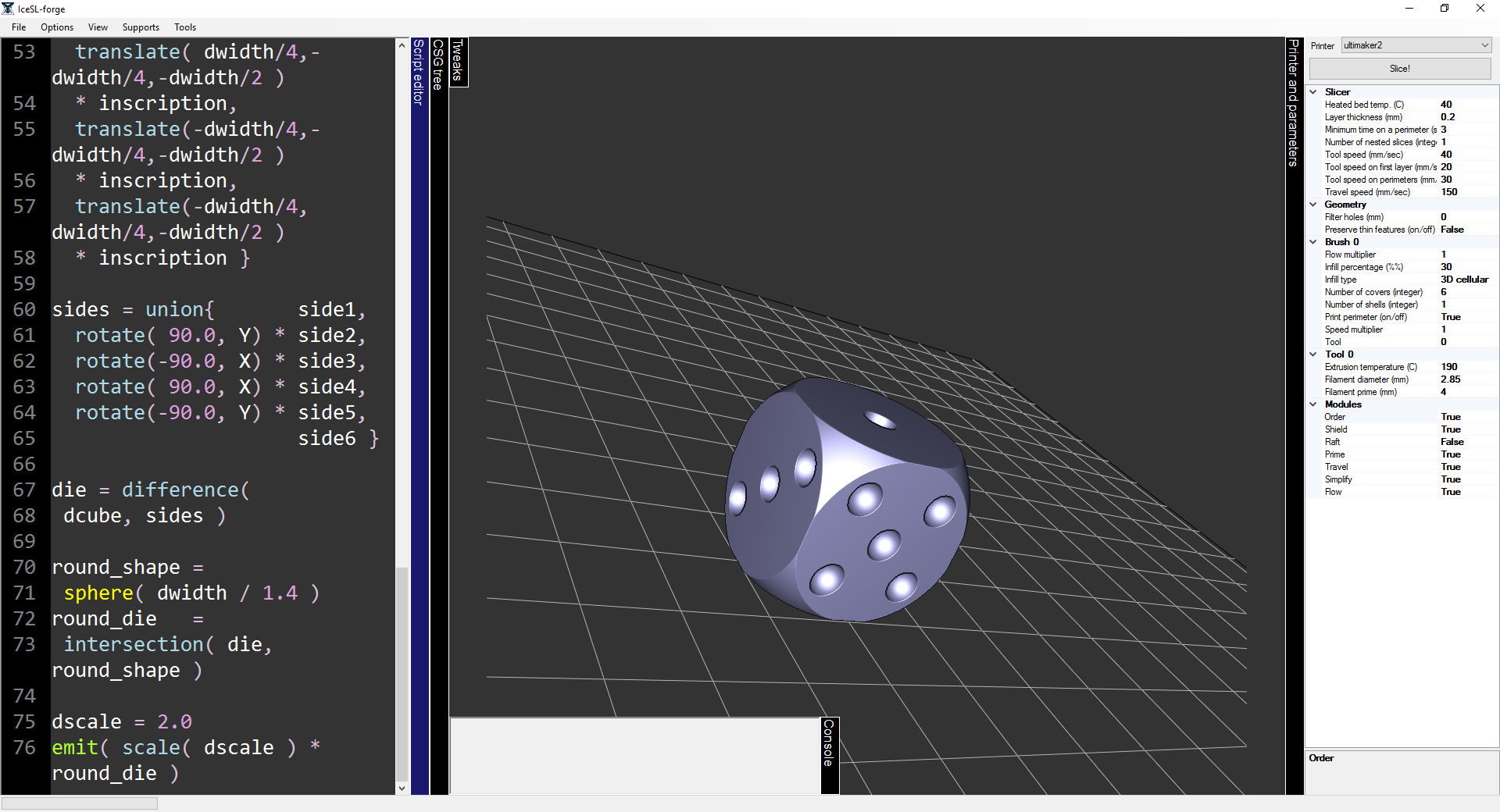 Using the Lua editor of IceSL, try to model the figure of a 4-sided die. Some tips on how to do this: